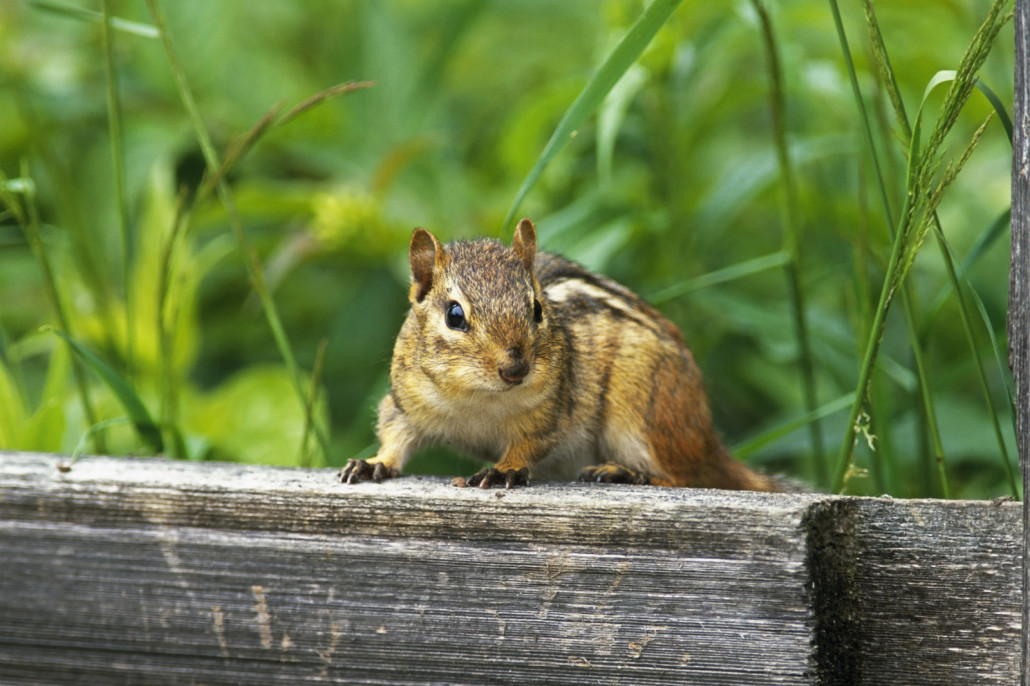 People are often alarmed to find that chipmunks have taken over their yard, digging holes everywhere, eating their bird seed and pet’s food, or chewing electrical wires. They want them gone as quickly as possible and want to know how to kill chipmunks. They destroy your lawn and dig up your gardens leaving a big mess.

If you have problems with chipmunks chewing your wiring and house, eating your bird seed and pet’s food, damaging your plants or garden, or just being a nuisance pest give us a call at (804) 729-0046 or toll-free at (888) 824-7383. Chipmunk removal and control is one of our specialties. We have trained wildlife removal experts ready to assist you with any animal pest control critter.

Chipmunks in the Richmond and Charlottesville areas of Central Virginia do hibernate. Chipmunks hibernate in winter, but they don’t sleep all the way through the season. They retreat to their burrows but wake every few days, raise their body temperatures to normal, feed on stored food rather than fat reserves, and urinate and defecate.

Benefits of Having Chipmunks in Your Yard

Having chipmunks around it not all bad. The are gatherers of nuts and seeds. These nuts and seed are spread around their home area which contributes to new plant growth and the availability of food for carnivores.

How to Get Rid of Chipmunks 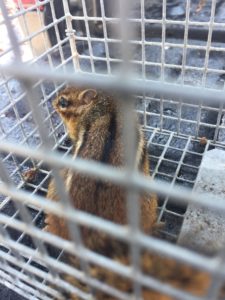 Want to know how to catch a chipmunk? We can safely and humane get rid of your chipmunk problem with our exceptional chipmunk trapping program. We use only humane chipmunk traps.

The use of live traps and body grip traps have been proven effective in catching chipmunks.

Pecan paste and seeds are probably the most effective baits to use for trapping chipmunks.

How to Trap a Chipmunk

Live traps are effective in getting rid of chipmunks. Place the trap in a shaded area that the chipmunks frequently visit with a cup of chipmunk bait. Disguise the trap by lightly covering the inside and outside of the trap with plant material. Check the trap at least once daily to prevent the chipmunk from suffering and dying an inhumane death.