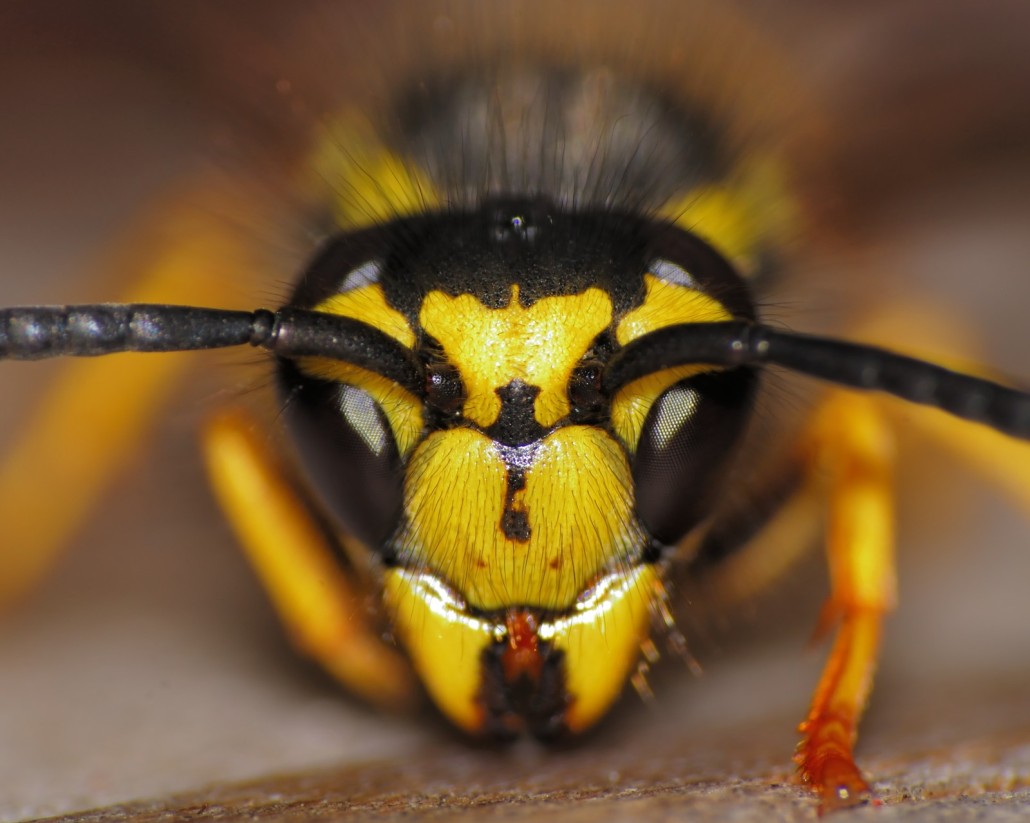 Stinging insects often inject venom that is used to subdue prey or protect themselves. This venom is usually painful to people. Bees and wasps that live in colonies can attack in large numbers. These insects typically cause the most problems when they perceive their nest is threatened.

For most people, a single sting will cause pain, swelling and stiffness (if the sting was in a joint). The discomfort may last only a few minutes or for one or more days. Some people can develop more serious reactions. Swelling may involve an entire arm or leg, last several days or require hospital treatment.

A third type of reaction is called “anaphylactic shock.” In a few people, the immune system goes “wrong” and within minutes after receiving a sting they may develop: (a) nausea and constriction in the chest; (b) difficulty breathing and swallowing; (c) a drop in blood pressure; (d) blue color in the skin (due to lack of oxygen); and, in extreme cases, (e) unconsciousness and death.

People who develop more than just the normal symptoms from a single sting of stinging insects should see their physician about the need to be desensitized. People concerned about experiencing severe reactions to stings should consider the need to carry an allergy first aid kit with them when afield.

Bees, wasps, hornets, fire ants and scorpions that inject venom from the tip of their abdomen are sometimes considered beneficial because of their importance in pollination or in preying on other pest insects. However, anyone who has ever been stung by one of these stinging insects will usually think otherwise. After being stung, it is important to immediately remove the stinger and venom sac if they are present at the sting site. This can be done with a fingernail, the edge of a credit card or tweezers. Immediate removal will stop venom from being released. Avoid squeezing the venom sac. Wash the site with soap and water and apply cold compresses to relieve pain and swelling. For more pronounced reactions, apply hydrocortisone cream or calamine lotion to reduce itching and swelling. If itching and swelling are bothersome, take an oral antihistamine like diphenhydramine (Benadryl) or chlorpheniramine (Chlor-Trimeton). For severe reactions, seek immediate medical attention.

Home remedies include applying wet salt to the site within five minutes of being stung. Leave the salt in place for 30 minutes. The salt will “draw” the venom from the wound. Similar results have been obtained with moistened tobacco, wet baking soda or wet aspirin.

Again, people with severe reactions to stings should seek immediate medical treatment. Anaphylactic shock can cause unconsciousness and even death.