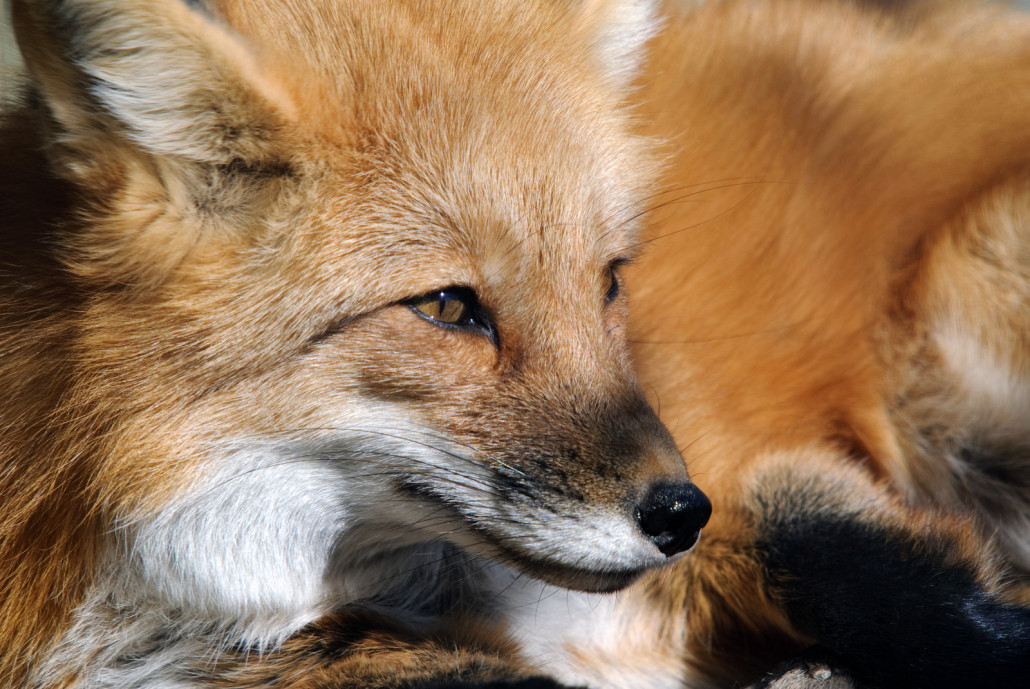 Foxes in Charlottesville, Henrico, Glen Allen, Richmond, Midlothian VA and other areas of Central Virginia occupy many diverse habitats including forests, grasslands, mountains, and deserts. They also adapt well to human environments such as farms, suburban areas, and even large communities. The fox’s resourcefulness has earned it a legendary reputation for intelligence and cunning. They seem to love living digging den sites under our decks, porches, sheds and garages.

They are generally solitary hunters who feed on rodents, rabbits, birds, and other small game—but their diet can be as flexible as their home habitat in the Charlottesville, Henrico, Glen Allen, Richmond, and Midlothian VA areas of Central Virginia. Foxes will eat fruit and vegetables, fish, frogs, and even worms. If living among humans, foxes will opportunistically dine on garbage and pet food.

Like a cat’s, the fox’s thick tail aids its balance, but it has other uses as well. A fox uses its tail (or “brush”) as a warm cover in cold weather and as a signal flag to communicate with other foxes.

Foxes also signal each other by making scent posts—urinating on trees or rocks to announce their presence.

In winter, foxes meet to mate. The vixen (female) typically gives birth to a litter of 2 to 12 pups. At birth, foxes are actually brown or gray. Both parents care for their young through the summer before they are able to strike out on their own in the fall.

Foxes in Charlottesville, Henrico, Glen Allen, Richmond, Midlothian and other areas of Central Virginia are often hunted for sport, though not extensively, and are sometimes killed as destructive pests or frequent carriers of rabies.

We provide safe and humane fox removal, fox control, fox trapping, fox capture and fox management in the Central Virginia area. Some of the fox problems our Wildlife Control Technicians encounter include: