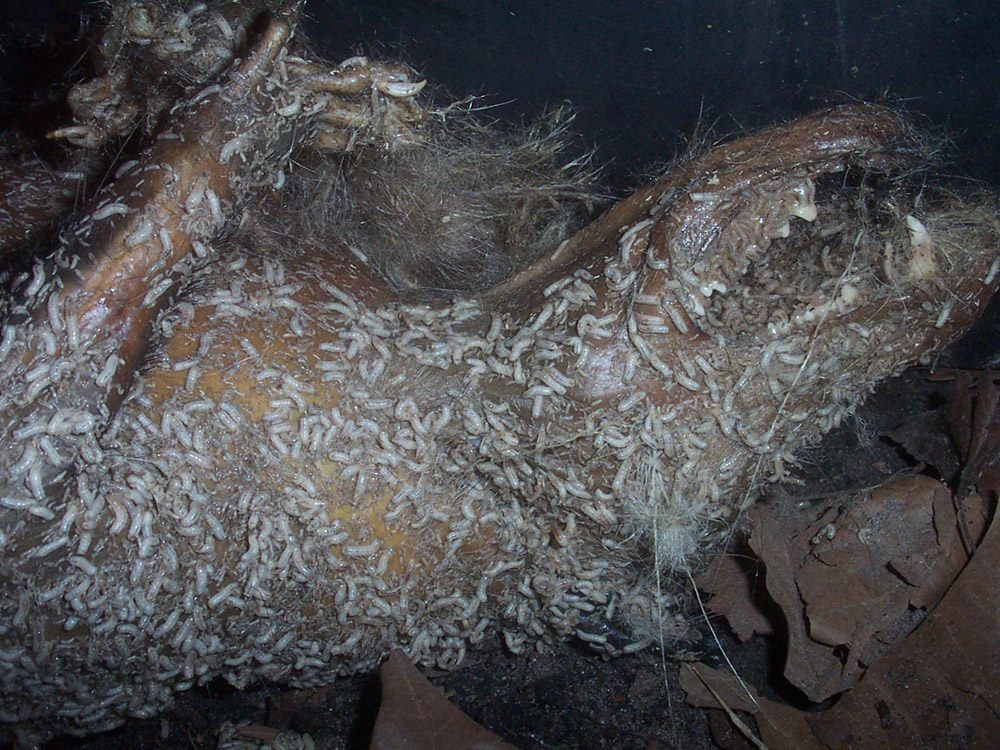 Dead Animal Removal in Central Virginia? We provide dead animal removal, dead animal disposal and dead animal odor control in Richmond Virginia, Henrico County VA, Chesterfield County VA, and other areas of Central Virginia. There are many sources of dead animal odors found in Richmond Virginia homes and businesses including: animal droppings and urine, decaying animal carcasses, and skunk spray complaints. Our specially trained Wildlife Control Technicians can quickly identify and get rid of smells in most homes. Most of our dead animal odor complaints are from dead animals under decks, in crawl spaces, in attics, in wall voids, in chimneys and fireplaces, in bathroom vents and in floor drains. Contact us at (804) 729-0046 or toll-free at (888) 824-7383 to rid your Richmond VA area home or business of dead animals and their odors.

Once we have removed (if possible) the dead animal, we can clean the affected surfaces and apply counteractants to eliminate the odor for good. Removal of the odor source is the first step in minimizing the dead animal smell. If we can’t remove the source, we use aerosols, oxidizing agents, foggers and disinfectants with germicides to cover the smell, until nature completes this task for you. Our professionally trained Wildlife Control Technicians have often been able to find and removal dead animals that others have been unable to locate.