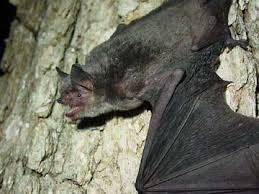 Bats in my attic. Bats in my house. Bat Removal in VA.

The Gray Bat is a medium sized short-eared bat with short, soft, russet and gray-brown fur that is distinctive by being uniform in color. The attachment of their wings is also unique to this breed. They weigh 1/4 to 3/8 ounces and have a total length of 3-4 inches. This species mates in the fall after their arrival at hibernating caves but the single young is not born till June in maternity colony caves. They disperse to summer caves in late July after weaning. They are carried by the mother for several days, then left clinging to the ceiling of the cave. When disturbed many lose their grip or drop from the mother and perish on the floor, which is why it is so important not to disturb these caves. This species migrates between winter and summer caves in large flocks, a distance up to 300 miles. There are only half a dozen caves that are used for these hibernating sites and none are protected, hence why this bat is on the federal endangered species list. This species is limited by human disturbance, siltation, impoundments and cave flooding. They forage nightly over rivers and trees along banks. The gray bat has been known to live up to 12 years.

The Gray Bat species migrates between winter cave hibernacula and summer cave maternity colonies and roosts. Only summer populations, apparently all of them bachelor colonies, are known in Virginia. This species was reported from Scott County and Lee County in August 1977. A summer colony of about 3000 gray bats was discovered in Washington County in 1988. Only summer roosts have been found. Colonies are rarely found in caves more than 4 km from major water bodies over which they forage. This species is restricted to cave habitat more than any other U.S. mammal.

The Gray Bat species is insectivorous. They consume newly hatched aquatic insects and in late summer when they become rare, beetles and oak weevils become their principal foods.