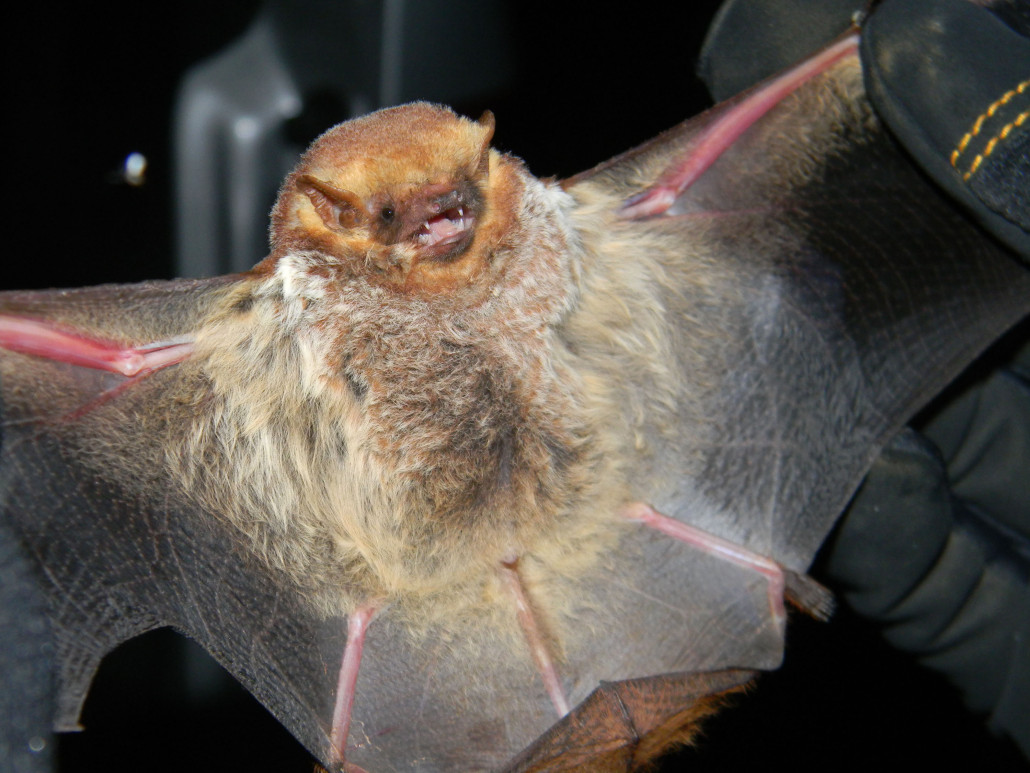 Bats are wonderful animal, just not in your home. We provide safe and humane bat removal in attics in Virginia.

The Seminole Bat is a medium-sized bat with a weight of 1/4 to 1/2 ounces and a total length of 3 1/2 to 4 3/4 inches. The fur is deep mahogany in color and can be tipped with gray as well as having conspicuous white patches on certain areas of the body. This bat roosts, for most of the year, in long clumps of Spanish moss about 3.5 to 15 feet in the air. Mating occurs in flight during the fall. It is thought that the sperm is stored during the winter, and then 1 to 4 young are born in late May to early June. Gestation period is from 80 to 90 days. An average of 3.3 young are born per breeding season, which is unusual as most bats have only one young per litter. These young can fly as soon as 3 to 4 weeks after birth and young probably reach sexual maturity in the year following their birth. (Barbour and Davis 1969, Wilson and Ruff 1999) Young are born, usually three to four per litter, during May and early June. They are active throughout the winter, but more so on warm evenings. They are solitary, but different individuals may occupy the same moss clump on different days. It emerges to feed early in the evening, and the flight is quite direct (more so than other species) and swift. This species migrates southward in the fall and winter.

In Virginia, the Seminole Bat is known only in a very small area in the southeasterly part of the state. It is a leaf nesting bat that is often associated with Spanish moss which it uses for day roosts. They do not arouse and fly until the air temperature rises to between 64 and 70 degrees F.

The Seminole Bat may occasionally feed on the ground, but usually feeds at treetop level, 20-45 feet above the ground. As with other bats it feeds on flies, beetles and other flying insects that it catches while foraging over clearings and water.