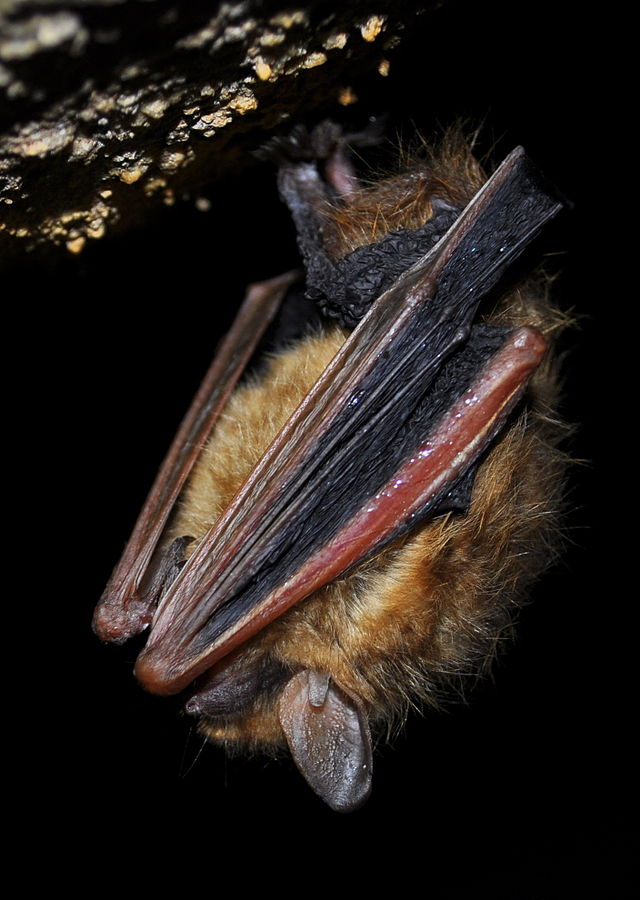 Bats are important to our eco-system. That’s why we are the company chosen most often for humane bat removal in Virginia.

The Tri-colored bat is also known as the Eastern Pipistrelle Bat (Pipistrellus subflavus subflavus). This is one of the smallest eastern bats with a total length of 2 3/4 to3 3/4 inches. It has yellowish-brown tricolor fur which along with the small size distinguishes it from other bats. There are 2, rarely 1, young born in sex-segregated maternity colonies from mid June to early July. They are active until late October, and hibernate in caves/mines often too tiny for other species. There are 1 to several hundred per cave which hang singly scattered about but prefer warm sites in protected passages. Individuals may occupy a precise spot each winter. They may roost in caves, rock crevices, trees/foliage, and seldom buildings. This species forages early evening in treetops, often over water. The life span is 4-8 years in the wild.

The Tri-colored bat or Eastern Pipistrelle Bat is found throughout the state of Virginia in caves, trees/vegetation, sometimes buildings in both wooded and cleared areas. They roost in caves in the winter and in caves, trees, cliffs and barns in the summer months.

These bats eat small insects. They hunt at the edges of forests, near streams or over open water and can achieve a speed of about 18 km/h. When the pipistrelles capture food they use the tail or wing membranes to restrain their prey. Some insects are even captured by their tail membrane. It forms a pouch and the bat bends its head in to grab the insect with its teeth. They can catch insects as much as every 2 seconds and increase their mass by 25% in only half an hour. The Tri-colored bat or Eastern Pipistrelle Bat eats flies, moths, wasps, beetles and even grasshoppers.